One of the leading developers of the city, Purti Realty has set its foothold all over the city, with successful projects in prime locations like Rajarhat, Behala, Joka, New Alipore, Topsia to name a few. The company is one of the pioneer members of the Indian Green Building Council (IGBC), to ensure that construction work is environment-friendly. Also, Purti Realty is a part of the Confederation of Real Estate Developers’ Associations of India (CREDAI) Bengal, which maintains the purpose of housing and habitat. Purti Realty plays a significant role in the urbanization of homes, targeting the MIG group. Purti Realty also boasts of happy customers, for timely completion and delivery of its projects.

Purti Group is trying to set its foothold in the mining industry.

Purti Group is striving hard to conserve the ecological balance by investing in renewable energy sources like wind power generation. Considering the dismal condition of the biodiversity our earth is facing, it becomes imperative to ensure that we conserve our energy sources for a better future. Two of such wind power generation facilities are located in Sagli and Dhule in Maharashtra. Each wind power plant has a capacity of 1 mega watt. Another renewable energy source is solar power and Purti Group has taken up the endeavor to ensure continuous solar power production for the better conservation of the environment. Purti Group has come up with two 272 KW power plants, one in the NCR region and the other in West Bengal.

Establishing its presence as a noteworthy conglomerate in Kolkata, Purti Group is also taken the leap and ventured into teak plantation.

Purti Group has plans of laying the foundation of its hospitality business in Singur, West Bengal. The group plans to set up luxury weekend homes on a 45-acre plot. The resort project is supposed to be managed and maintained by JW Marriott Group, which is estimated to include both villa and room occupancy.

Purti Group is establishing its presence in newer domains like the education industry.

Establishing its presence in the market as a successful conglomerate, Purti Group has successfully funded large and small scale businesses, and proved its mettle in the financial sector and looks forward to earning the trustworthiness of its patrons. 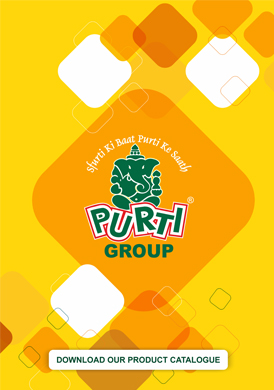